Hi, I’m Mark Noel. I live on the Isle of Man, and thank you for visiting my website!

As the son of an aviator I grew up immersed in the world of aeroplanes, in a home littered with books on aerodynamics and aircraft design. Dad and I built planes out of balsa, most of which ended up as matchwood after the ground rose unexpectedly to collide with our creations.

At university I trained in core science topics, then progressed to an MSc and PhD in geophysics at Newcastle (UK). From there I moved to a four year stint as a marine geophysicist, joining a team seeking sites for the safe sub-seabed disposal of nuclear waste. Although this was a brilliant research environment, I never did acquire happy sea legs, and so I returned to academia to continue work on topics including rock magnetism, instrumentation and the dating of archaeological materials. From this background emerged an interest in archaeological geophysical surveying which grew after a move to Durham University, where eventually I became Honorary Professor of Geophysics.

I left the university in 1991 to establish GeoQuest Associates where we serviced a rising demand for archaeological geophysical surveys as a pre-condition of development. However, in some instances we undertook pure research for heritage organisations. Thus we were fortunate in making some fascinating discoveries and, although I am now retired, my passion for research driven by curiosity continues, now in combination with KAP. 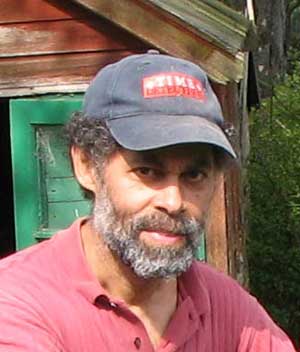